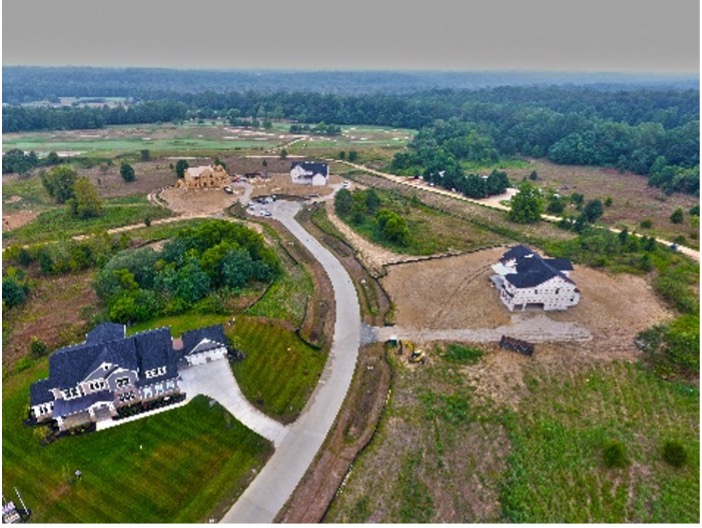 Beginning in the 1950’s, Chaney Enterprises started mining a plot of land in Davidsonville, MD known as the Mardis Mine Site. The land provided plentiful aggregates for almost 50 years, until the reclamation process began in 1999. During the 50- year mining history, 347 acres were mined for sand and gravel.

Because of the proximity to the Patuxent River, Chaney had to be especially sensitive to natural resources in the area. A berm was constructed along the edge of the permit area adjacent to the river and over the years developed natural growth patterns. As an environmentally conscience company, Chaney Enterprises preserved these patterns, preventing any disturbance in the sensitive areas. The plan was to one day reclaim the land and leave it in better condition than it was originally found in 1950.

Beginning in 1999, the site was reclaimed as a world-class replica golf course, known as Renditions Golf Course. Transforming the previously mined site into a high-end golf course presented several challenges for Chaney Enterprises, including dismantling the large wash ponds. A portion of the ponds were turned into a storm water management facility and others were capped with clean fill materials. All remaining stockpiles of sand were utilized in grading the site to achieve the elevations for each golf hole. Chaney also relocated several trees on the property rather than simply cutting them down. The golf course now provides an open space area and vegetated buffers for the Patuxent River, while providing and protecting a significant wooded wetland area.

Looking for a Volunteer Opportunity?